8 things we love about living in Spain

I had always dreamed of living in Spain one day. But when we finally moved to Alicante, it was far better than I had ever imagined. This article is based on the memories we collected during our 12 months in Spain.

A whole year in Alicante is now coming to an end and I would not miss this time for the world. We have created a unique friendship with the culture of this place and with the people who live there. There are not only 8 things we absolutely loved about living in Spain. But these are the main ones.

As sun-lovers and summer kids the most obvious reason for moving to Spain is the weather. Growing up in northern Germany is not exactly the ideal situation if you are a sun-addicted, warmth loving person. I literally start to shiver when the temperature drops below 20 degrees. Rather would I die of thirst or a heat stroke than being trapped in place that has more grey days a year than there is sand on a beach.

Alicante’s average annual temperature is 18 degrees, but it reports more than 2800 hours of sunshine every year. Out of the entire year I spent in this place, there where only two cold months. Suntanning on our local beach was part of my daily routine for 10 out of 12 months, only Mid-December until Mid-February were slightly too chilly.

Spanish residents tend to take this fortunate condition for granted. A wedding my friend was invited to took place on a beautiful sunny day of 18 degree, with a refreshing breeze making everyone’s hair look wonderful. The guests however did not seem to appreciate the natural fan at all. They where complaining how unlucky they were to have picked this terrible day for a wedding. Sweaters and light jackets? We could have as well have celebrated in January instead of May! This damned weather.

While smiling about the Spanish: I was woken up by the rain pouring down my window the other night. In Germany, the sound of rain would have put me to sleep, because it had something steady and homely to it, but here in Spain where it was not supposed to rain ever, it irritated me.

Spanish people love small talk. I grew up learning that small talk was only something people do when they don’t know what else to say, because they feel intimidated or simply bored and would rather not talk to you at all.

Once living in Spain, you will learn to do small talk. The weather, what you had for dinner last night or how your flowers are growing somehow lead into the most interesting conversations. Especially when it comes to your neighbors, don’t feel thrown off by the fact that you might have very little in common with that person, just talk. Your neighbor will appreciate it and there will come a day when you will too.

Talking of conversation leads me to the second reason why I originally decided to move to Spain. The Spanish don’t only love small talk, their language is made for it and comes up with a variety of fill words: Vale…Bueno…entonces…mira….a ver…are perfectly suited for the moment you are lost for words and need a second or two to rethink your answer.

On the other hand, Spanish language use can be surprisingly efficient. Living in Spain, you don’t pick up the phone starting to say your name or wish the other one a wonderful morning. You don’t even ask who you are speaking to, as that is irrelevant. Instead you come straight to the point and say “digame!”, which means “tell me!”, which I find very useful. In the end, it is obvious that you usually call people for a certain reason, so why waste your time?

Most people who outside of Spain have a pretty fancy idea of this style of food. If have experienced that most of my friends who came to visit me in Alicante wanted to “go out for tapas”. Then where surprised when the bars I took them to did not have dates in bacon or the obligatory meat balls.

What I love about tapas is not a certain food I would associate my tapas with, it is the shape, portioning and the culture behind it. Even though I would fully go out for tapas with friends and call than my dinner – the Spanish would never do that. Tapas are defined as little appetizers that you snack on along with your beer or wine, waiting for the real meal of the day.

Eating tapas is a social thing, it is not meant to fill you up. The best aspect about tapas is that you can have a lot of it! Because the portions are so small, you are never facing the uncomfortable decision for ONE single dish on the menu. Simply order a buffet of tapas and share it with your friends!

It still hits me at least once a week. I just want to pick up something quick from the corner store, get a hair cut or make an administrative phone call and I end up in front of closed doors, a sign that says cerrado or listening to the automatic voice on the end of the line telling you that you have called outside of office hours.

It is not a weekend day or public holiday, just the daily siesta time. The annoying thing is that this break in the middle of the day does not last the usual hour or hour and a half. I would consider this the time you would need to grab a sandwich and eat it on you desk. Living in Spain, your are forced to a minimum of 3 HOURS lunch break, like it or not.

If you were annoyed by the excessive siesta before, your first real night out will make you learn to love this time of the day. Going out in Alicante was never the same as going out back home in Germany. Not only are Spanish people 100% better dancers than Germans (yes, one hundred percent). When living in Spain, the real fiesta begins when other people go to bed, around 2 am in the morning. Naturally, the night can’t end before 8 am of the following day when you can go down to the beach to watch the sun rise over the water.

I admire the Spanish energy and motivation to stay out that long and it is still incredibly hard for me to do the same. But when I do, I certainly need my siesta. And in that case, an hour is definitely not enough!

Did you know that beaches and bitches can be almost the same thing? At least when Spanish natives speak English, they usually are. I apologise for sounding terribly rude here -I know from experience that there is nothing more tricky than English pronunciation!- but it is a detail that made me smile every once in a while during our time in Spain.

“Life is a beach!” or “There is so many nice beaches in Spain!” sound pretty funny if you replace the word beach with the word bitch. Come on, that’s funny.

However, of course the bitches -sorry of course I mean beaches- in Spain are exceptionally stunning. Living near or right on a beach is the best thing that can happen to you when you love the sun and the sea as much as I do. It is liberating, inspiring…and sometimes difficult, because some important things in life (like working, studying, cleaning) might be forgotten, because of more important things in life! Like sun-tanning.

I am a culture student and so I love to get to know and learn from different cultures all over the world. It is one of the main reasons why I enjoy travelling so much. The Spanish culture is full of ancient traditions and events that are still followed with admirable devotion.

The most impressive festivals I have experienced to this day were certainly the Hogueras in Alicante. 5 days and nights of party, processions, drinking and fireworks. Everywhere in the city, they establish huge, colorful statues that look like they have come out of the story Alice in Wonderland. These statues are being burned on the last day of the festivals (24. June), which is a ritual originally performed to get rid of bad spirits.

Not all people share a positive opinion about these burnings, but in the end, it is the party that brings people together.
After a week of partying and drinking your body will probably start to hate these Spanish festivals. But the experience for sure is unique, priceless and worth all the pain!

We are leaving Alicante with one laughing and one crying eye, but we are incredibly thankful for the time we were able to spend in this beautiful place. From now on, we will be living nomadic for a while, which is different, but not less exciting than living in Spain. And who knows, our paths might lead us here again.

What places have inspired you most? Have you ever lived abroad for a while and learned to love the place like your own home? Let us know why you would love or hate about living in Spain. 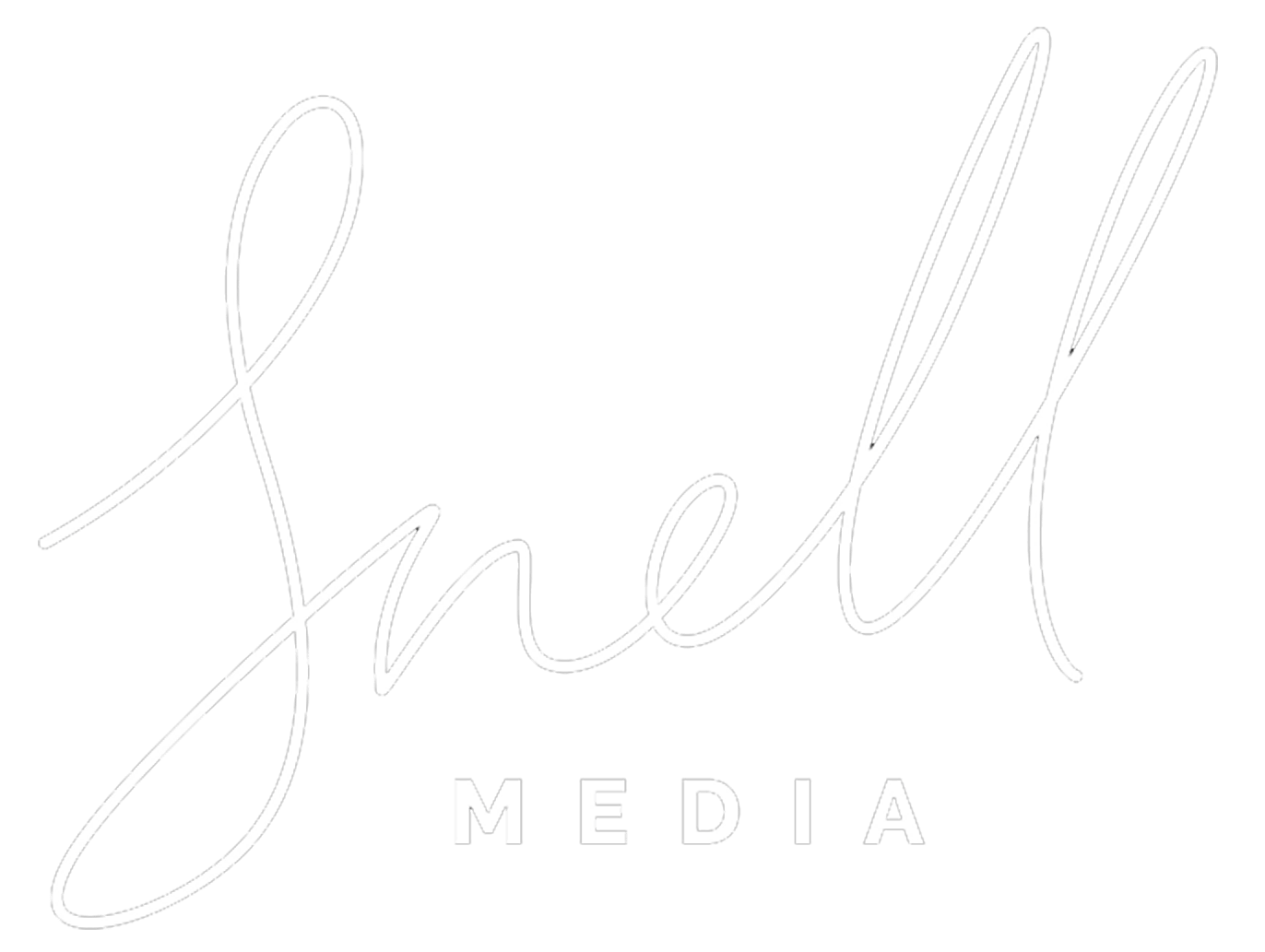